This set of articles describes how to integrate Cisco MCU with Skype for Business and make available calls from MCU to S4B users. This is a guest post that we found very useful to our audience.

Let's start with the description of the infrastructure. 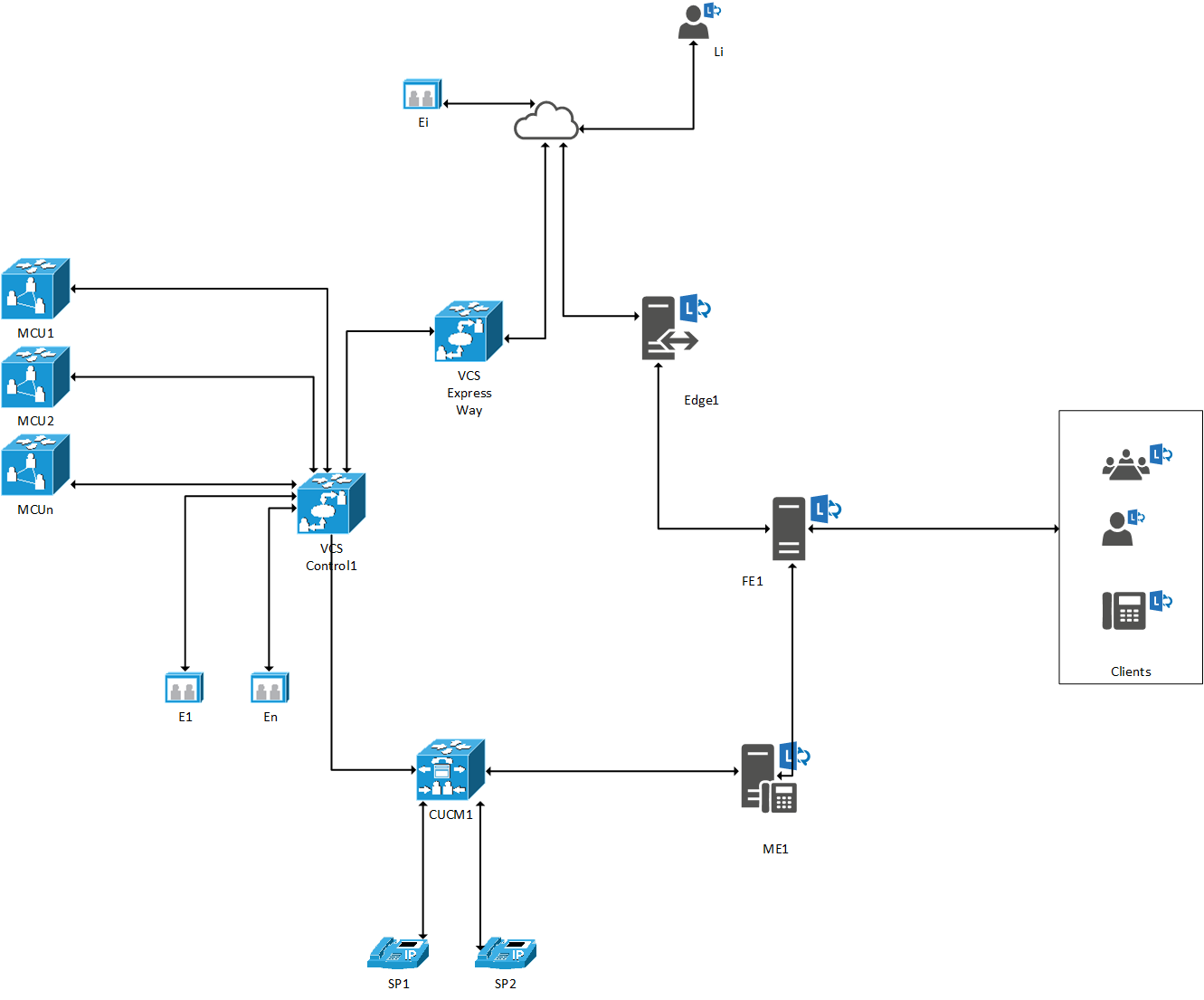 VCS Express Way – server to connect with external video endpoints. It helps the remote clients to connect from outside the firewall.

ME1 – Lync 2013 mediation server used for integration with third-party telephony.

Ei and Li – Cisco and Lync clients respectively on the internet.

VCS Control supports B2BUA role for connecting to a Lync 2013 front end server, but the separate Microsoft Interoperability option key is required. It's also possible to install the Cisco CUCILync plug-in on the Lync clients, but in our case this won't be convenient, and separate licenses are also required.

In April 2015, Microsoft released the next Lync version called Skype for Business. It has the new Video Interop Server role that enables integrating third-party videoconferencing systems with S4B users. Jeff Schertz gives a very detailed description of the new topologies in his blog. Microsoft only supports integration with CUCM starting from the version 10.5, VCS Control support was not announced. MCU and Cisco Telepresence Server support wasn't announced as well, only calls from endpoints to S4B subscribers are supported. The endpoints should be registered on CUCM, and the MCU isn't actually used in this scenario. The list of endpoints is also very limited:

In our case, the videoconferencing system is one of the crucial business software applications, and in addition to room endpoints we need other clients to connect to meetings.

We have decided not to upgrade all the Lync servers, but to upgrade the topology only and to add the VIS role. The Cisco-S4B topology would look as follows: 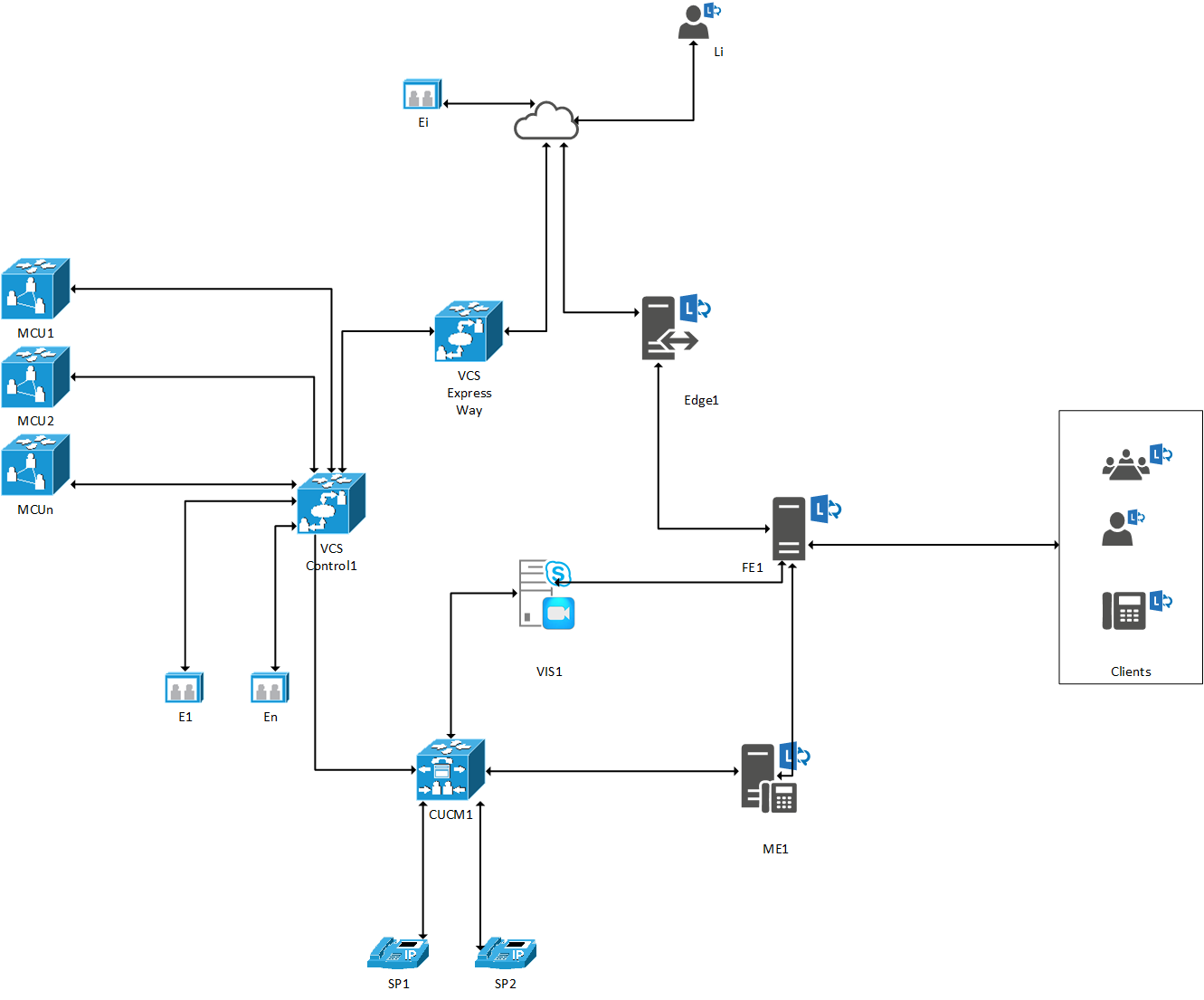 The only difference with the previous topology was the VIS role with the trunk to CUCM.

The basic integration aspects are the following: