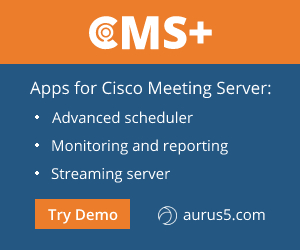 With pandemic in the picture, the interest in remote working tools has noticeably increased. But, as it turned out, not all tools can provide the required level of security and confidentiality. These features are exactly what Cisco’s communication solutions are aiming at. The company has conducted a series of webinars on such systems.

A Kiev Cisco system engineer Igor Sukaylo has started his presentation with several examples of the perpetrators’ ways to mess with your communications. E.g., spoofing their number to call anyone from “your” phone. Voice recognition problem has also been solved. In December, 2019 there has been a not so loud announcement on AI being able to imitate a subscriber’s voice. A Ukrainian start-up has created a piece of software that was able to replace a subscriber’s voice with any other voice on the fly. Combining these two possibilities, you can give any order to anyone. Actually, no public means of communication can be trusted. So, many companies and departments have started using corporate unified communications (UC). 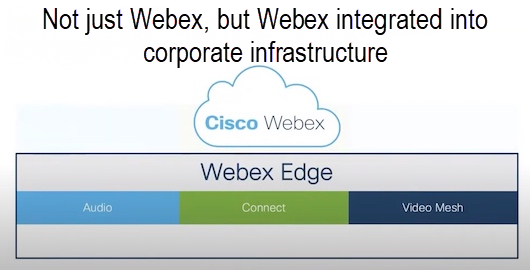 The speaker has considered several measures that can be taken in this situation. One of them was implementation of cloud services. Cisco can deploy an infrastructure on customer’s site, or even implement a hybrid system combining cloud and local infrastructures. In particular, WebEx Rich components belong to hybrid infrastructures, enabling integration of a cloud service not only with a calendar, directories and corporate Key Management System, but also with phone and video components, located on a company’s site.

As a pilot project, Cisco can implement a full spectrum of remote and collaborative working tools: Jabber, Expressway, conferences. There will be almost no limitation to the number of participants and conferences, held simultaneously or altogether, without any functional restrictions. Restrictions may only arise due to the computing resources, though the requirements are really modest.

Concerning Jabber and MRA (Mobile and Remote Access) development: since version 12.5, the voice traffic between devices has been being passed through a point-to-point protocol. So, there is no “ground - cloud” transition for two communication devices. No delays, zero packet loss, higher quality. Voice and signaling traffic is being encrypted with a 264-bit key, which is sufficiently break-proof for today.

Nowadays you can simply bring home any video phone, any video terminal, literally any device that has been connected to the corporate infrastructure. And the public Internet access will remain.

According to the speaker, Cisco flagship video conferencing tool Meeting Server is the cheapest as well as the most advanced solution. It is also compatible with any device, and it can be deployed on a virtual server. Licensing is implemented not by the number of participants, but by the number of concurrent conferences.

Since self-isolation is important for all organizations, the question of interdepartmental contacts raises. You can’t visit your colleagues, and simple phone calls are not as efficient as personal interactions. Cisco can build unified interdepartmental communications, and a regular DNS on the Internet may serve as a central node. The connection is encrypted, of course.

Banking has been chosen for practical examples. In banks, there are services that require visual identification. To avoid personal visits, you can deploy Cisco Meeting Server (CMS) in a bank. A manager sends a client a link with a password. The client follows this link, a browser prompts them to enter the password, and a video session with the manager starts.

Banking also requires some protection from spoofed calls. You can build your own channel for that using a WebEx Teams-based cloud service. It provides an open API, so customers can embed the required WebEx Teams components into their own mobile applications. Clients can call a corporate contact center, send a message, start a video call, and (which is unique for now) a bank can call the client’s mobile app.

Distant meetings are important, too. They can’t be implemented with plain video conferences. That’s not enough. One of Cisco partners has a Meeting system, and Cisco has integrated its video conference in it. So, remote participants are going to have projects, resolutions and other documents. The whole process will be recorded on video.

Going back to WebEx, the speaker has noted its main advantages. First of them was the ease of use; second, a possibility to be integrated with different office applications, e.g. CRM systems; third, being able to work with external participants as well as with internal ones. You can use any device to connect to WebEx. In fact, WebEx is a universal platform.

WebEx is not just a remote meeting tool. It also includes WebEx Meetings, WebEx Training Center, WebEx Event Center and WebEx Support Center. All these products are optimized for specific functions. Such specialization has appeared more than 10 years old, in order to meet the requirements of Cisco clients.

WebEx can be integrated with several business applications, including Slack, which is a relatively popular communication platform. However, you can’t use Slack for video conferencing. WebEx Meetings is integrated with Slack on the level of commands. You can also integrate Slack with Google Gmail. If a customer has G Suite, native integration with G Suite is possible. And integrating WebEx Meeting with Google Class creates a kind of a light version of Learning Management System, increasing the usability for the teachers and students. 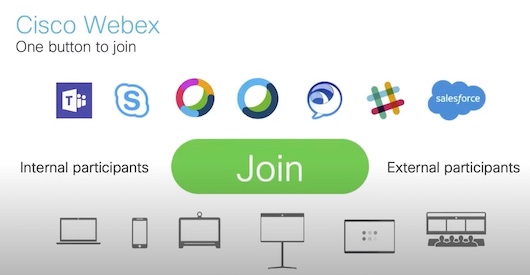 So, what’s the difference between CVI connection and WebRTC (Web Real Time Communications) connection? In the first case, you can only participate in meetings within your company. In the second case, customers can join any Microsoft web conference. However, CVI performs two-sided content transmission, and WebRTC will only pass the information from Microsoft to customers. All devices support CVI, and only modern devices support WebRTC. There are other differences, particularly, the registration procedure.

Concerning the corporate infrastructure integration, you can connect computers and mobile software, use any video terminal to call WebEx, perform a callback to any SIP and video terminal. And, as the speaker has emphasized, you can integrate with any corporate PBX for free. There are also paid services, such as callback and accepting calls from landline numbers. 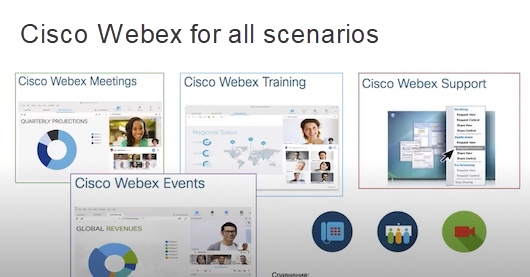 Finally, new WebEx devices have been presented. The old system has been replaced with a new three-screen system. Two of the screens are for video. Such solution is intended for important negotiations. For the first time, a handy co-working tool for video conferences has been implemented. It was achieved by involving one more camera that is being set up against the video terminal. However, this product is for big meeting rooms. You can also use WebEx cloud service to share your notebook’s content on the board. According to Igor Sukaylo, the hit of 2020 will be the integration of WebEx Room Kit Mini with Samsung Flip TV, which has a special built-in software turning a TV into a full-blown video terminal for collaborative working.

Besides that, another new device has been released: WebEx Room Kit USB. It is basically a light version of Room Kit Mini with no touch pad, just a remote control device. It can be used as an advanced web camera. You can also upgrade it to Room Kit Mini, if need be.

A new Cisco device named WebEx Desk Pro is designed for personal work. Unlike DX80, it is for one or two persons only. It is not a replacement, DX80 is going to remain on sale. WebEx Desk Pro features include wireless access to content, getting and sharing content, and a 27-inch display with 4K resolution. It comes with a USB-C port, which makes it a dock station, and a main monitor with sensor routing options. There are also a command mode (in English only), sensor routing to Windows PCs, auto crop and background replacement.

This solution can be used as a web camera as well as a remote collaborative working tool, e.g., for telemedicine.