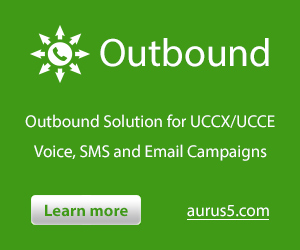 We are now beta testing our brand new math algorithm for predictive dialer to be used in Aurus Outbound product. The algorithm was recently developed by our engineers in collaboration with the Institute of Mathematics and the first test results make a killer impression.

Here are some figures…

We performed 3 synthetic tests with the following input parameters:

The agent occupancy calculated in the tests above: 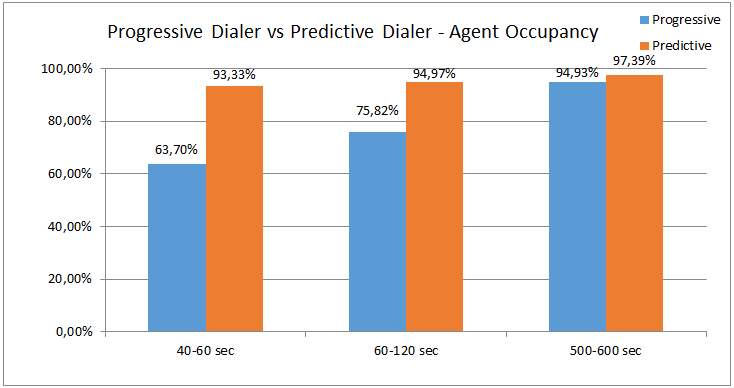 Another important metric is the call abandonment rate which indicates the percentage of “nuisance” calls – the ones where the client answers but no agent is immediately available to talk to him.

In our tests the abandonment rates are:

The highest average abandonment rate is achieved in the 3rd test because of the highest (500-600 sec) and the most spread out (100 sec) call duration.

Having high call duration variance we may get too high abandonment rate which is unacceptable due to regulations like Ofcom and FCC (Federal Communications Commission). This can be illustrated by 2 others tests:

To avoid this our new predictive algorithm allows to setup the max abandoned rate input parameter. So, when the abandonment rate of the active campaign gets closer to the max value specified, the algorithm reduces the number of calls.

It has been argued that predictive approach is only effective when used in high-volume (30+ agents) and long-lasting campaigns to get enough statistics for proper prediction.

We performed a couple of tests with low-volume campaign parameters and higher variance:

Predictive vs Progressive in Low-Volume Campaigns

As we can see the effectiveness of predictive algorithm in low-volume campaigns reduced by 10%, but still it provides extra 10% of agent utilization when comparing to progressive approach.

The new predictive algorithm will be included into the nearest release of Aurus Outbound (Jan 2016), so you’re welcome to try it.